Corinto Restaurant is a restaurant with elaborate and strict traditional Galician cuisine, which has always stood out for the quality of its seafood and fish from the estuary.

Monkfish, halibut, sole or turbot are just a few examples of their most popular products and can be consumed in various preparations, from a fish stew or casserole in the oven until our specialties.

It features a variety of seafood always of the highest quality and security, highlighting the crab and shrimp from the estuary.

Although historically the Corinth has gained enormous fame for its seafood, it has some juicy steaks, having great success their roasts and oven baked.

Entrees are also classics of the kitchen of the Rias Baixas, highlighting their traditional empanadas, spatters, ect who have received multiple culinary awards.

We have a warehouse with a variety of wines for all tastes, perfectly chosen to accompany whatever you feel like taste. We will be happy to come to consume our products 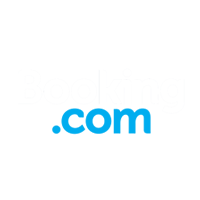